In this excursion you can explore some other well famous places nearby Athens and to combine visits in touristic places as the town of Loutraki and Corinthos canal, with historical sites as the ancient Corinthos site.

Loutraki town is situated in the western part of Attica prefecture and is lying to the Corinthian gulf . It is located around 80 km from Athens and is very famous resort, for a its vast beaches with sunbeds and umbrellas, and for its natural springs and hotels spas. Every year attracts thousands of tourists for relax and enjoy  in the crystal waters of Corinthian gulf and to delight special tastes and drinks in the local restaurants, bars, and in the famous  Casino!

Corinthos canal, is the connection sea line, between Saronic and Corinthian gulf. Through this narrow line, Peloponnese is being separated from the rest Greek mainland. The first effort to create this canal, took place back in the 1st century AD, but it failed. Finally, the canal made it happened in 1881 and has been completed after two years of works.

It is 6,4 Km in length and only 21,4 m in wide. Just 45 m above sea level, a railway line, a motorway and a road are crossing the passage. Since 1998, two subversive bridges have been installed in both edges of the canal (eastern harbor of Isthmia and the western harbor of Poseidonia). Nowadays, the canal is more attractive pole for tourists, than an economic importance sea passage!

In the north of Corinthos town, there is the Acrocorinthos hill, surrounding the ancient temple of Apollo. Ancient Corinthos had been inhabited from prehistoric times due to its strategic location, connecting mainland and Peloponnese. During its powerful era, and exploring the world in Mediterranean sea with trireme (ancient boat), Corinthos has founded colonies as Corsica and Syracuse. In Acrocorinthos, except Temple of Apollo, there are, the ancient Agora where in 52 AD, Apostle Paul gave his famous speech to the Corinthians Christians, the south Stoa, the Roman Fountain, the ancient theater of Corinth, the Lernea Spring, the Gymnasium and the Asklepeion. The Museum of Ancient Corinth was built in 1932 to house the numerous objects brought to light by the archaeological excavations. 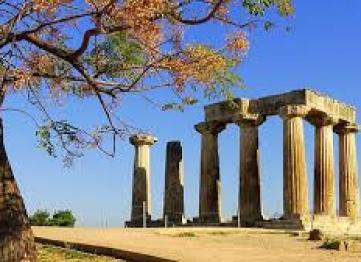 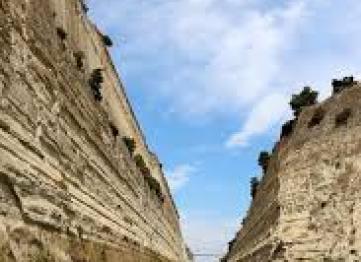 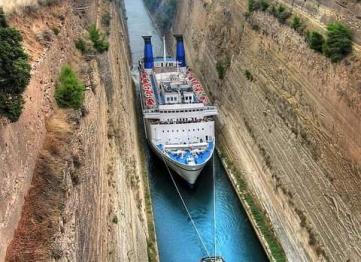 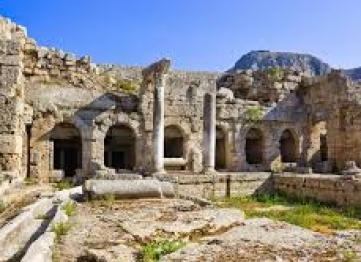 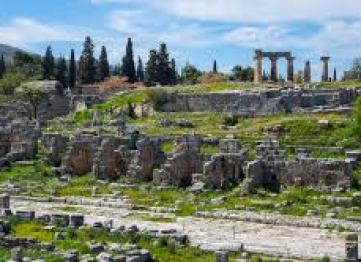 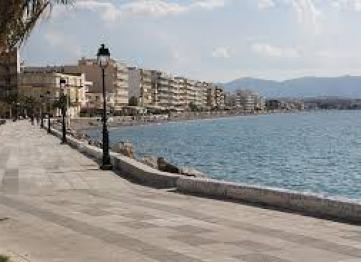 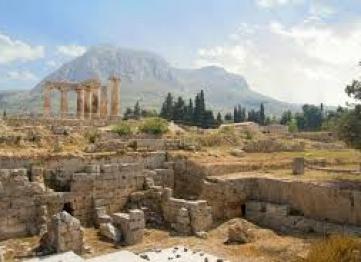 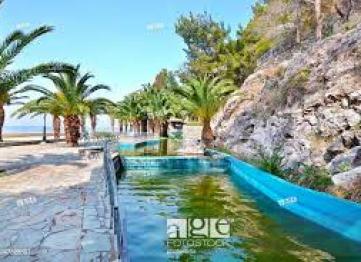 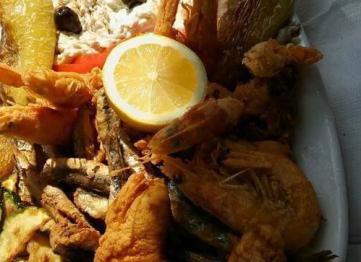 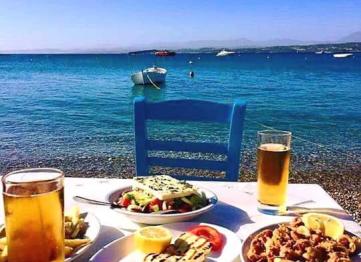 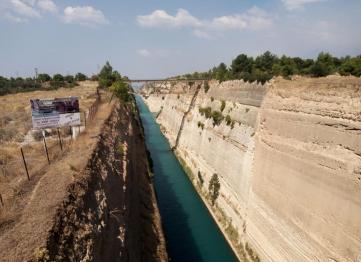 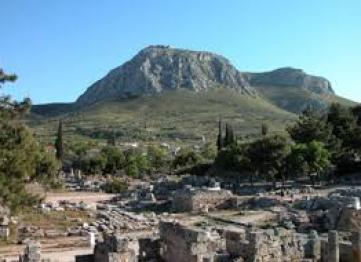 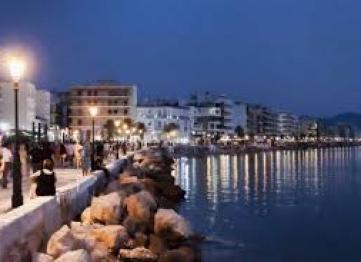